In our last blog we discussed optical brightening agents, or OBAs. If you recall, these are the additives that make whites whiter.

OBAs caused issues when they were first introduced to printing substrates. Viewing booth lamps were not designed to activate them.

D50 has been the long-time standard lighting condition for the print industry. Until 2009, the standard (ISO3664) defined D50 to contain little to no UV radiation, meaning it didn’t quite simulate natural daylight.

This also means prints enhanced with OBAs looked different when being approved in a viewing booth than they did outdoors. Obviously that’s an issue for prints meant to see the light of day.

UV radiation was added to viewing booth lamps so OBAs would fluoresce, or appear whiter and brighter, during visual approvals. As a result, OBA-rich paper stock looked similar outdoors and in the viewing booth under the new 2009 standard.

Change always takes time; so it was a few years before the last of the lamps rated to the pre-2009 D50 standard were purchased and installed. Unfortunately, many people only replace their lamps after they burn out. So although manufacturers no longer sell the old product, many booths still have the pre-2009 lamps. Some even have both the old and new D50 lamps in the same booth at the same time. 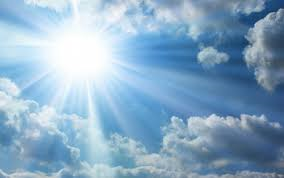 The new D50 standard lamps added UV light to viewing booths so visual approvals done inside looked similar to prints viewed outside. This was an important advancement for accurate print approvals on production paper stocks.

Unfortunately, proofing stocks were slower to catch the OBA craze. This caused problems as shops began to replace their old lamps. Press sheets with OBAs and proofing papers without them no longer matched under the new D50 lamps.

As complaints rolled in, viewing booth manufacturers offered a quick fix. A UV filter was placed in front of the lamps to block UV light, and, in effect, converted the new lamps back to the old standard. This allowed proof stocks and press stocks to look the same again because the OBAs didn’t activate with the UV radiation blocked.

As time goes on, viewing booths and proofing papers will align with the industry’s use of OBAs. Visual approvals will contain fewer surprises, and the lamp challenges experienced after 2009’s D50 upgrade will become a thing of the past. We will all breathe a sigh of relief, turn to our spectros, and begin the journey once more.

Stay tuned for our upcoming blog on spectrophotometers, OBAs, and how D50 and M1 fit into the mix.